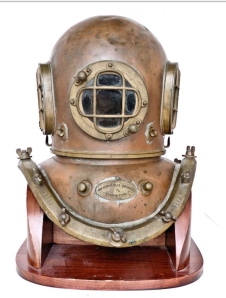 Back in the spring of 2013, I mentioned that thanks to my Lupron Depot shot every three months bringing on menopause, I was experiencing major night sweats and they were not only making me miserable, but they were enhancing my snoring. In turn, my snoring was driving Terry crazy. Over the years, he had tried ear plugs, but they were never adequate and the new situation had gotten out of control. So, I went to my primary care physician and she had me do a sleep study that April.

Here is my take on that first sleep study:

Sleep study’s are a trip, plain and simple. The one I did here in NOLA was done at a small bungalow type house, next to one of the hospitals in the area. I showed up at the sleep study ‘center’ at about 8:00PM and was put in a room that reminded me of a mid-grade hotel (think an older LaQuinta). The technician played a video on the benefits of a C-pap machine and then rolled into my room with a cart full of wires and machines and gadgets. He hooked me up to the machines and informed me that he was going to turn lights off at 10:00 and that he would wake me up at 5:30AM. Getting comfortable was difficult, but I was able to fall asleep.

The one positive was driving home at such an early hour. The sun was rising and all was peaceful. Few people were up and about and it felt like I had the city to myself.

Two weeks later, the results came back and I do indeed have mild/moderate sleep apnea.  Yippee. Well, at least there was something that could be done! The challenge was getting back to the sleep center for a second sleep study, this one hooked up to a breathing machine. I finally got back in for sleep study #2 in August–two months later. #2 was similar to #1, except that this time I wore a breathing mask, hooked up to a C-pap machine. Yep, a mask over my nose.

And the mask is hooked up to a C-pap machine–a machine that blows air into the face mask and your nose. 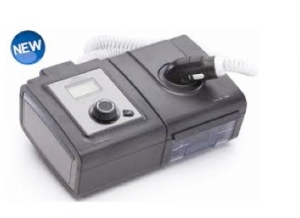 It was a couple of weeks before I had my own machine delivered to the house. I’ve had it a little over a month now and it has been quite the adjustment. I’m definitely sleeping better and it has cut out my snoring. I also have more energy (although that energy is hard to find sometimes with the workload I’ve had dumped on my plate).

However, the down side is that I feel like a freak! Waking up with a mask on during a night sweat episode, sucks. And it’s been a hot Fall down here so sweating at night is the norm. Even with a fan blowing directly on me, I can still burn up–and then get chilled after the ‘flash’ period is over. The other challenge is that in order for the insurance to cover the machine, I have to be in compliance for 30 days straight, using the machine for 4-5 hours a night. Yep, I had to take the machine with me when I went to Houston.

I tried the Chillow pillow last night and so far, it’s not working for me. However, this woman on Rachel Ray loved hers:

There is most likely going to be more to this story. I went to my primary care physician yesterday morning and we talked about the C-pap machine. Apparently there is a new sleep apnea device on the market that she wants me to try. I will after my 30 day trial of my C-pap machine is complete–and will let you know what I think.

One thing led to another and I did not get a new sleep device in NOLA and grudgingly continued to use the C-Pap. When we moved back to Chicago, I spent the fall of 2014 and early 2015 attending numerous medical appointments to transfer my care to Chicagoland doctors–including meeting with a sleep specialist about my sleep apnea and C-Pap machine.

From July 2015: Two years ago, immediately after a Lupron Depot shot put me into menopause, my annoying snoring intensified to the point that Terry started sleeping in another room. I did a sleep study, was diagnosed with mild sleep apnea and prescribed a C-Pap machine. 18 months later, my C-Pap machine was driving me crazy and I was being very non-compliant in its use. The combination of mask and night sweats sucked. So, on top of all of the other new University of Chicago doctors I have visited this past year, I also went to a sleep specialist in January. After a new sleep study in a high rise building that felt like a nice hotel (in spite of the monitors I had hooked up to my body), it turns out my sleep apnea has jumped up to severe (lucky me) and she recommended pursuing a dental appliance for snoring (a specially fitted device on the lines of a dental retainer). Another specialist, another sleep study to see if I was a candidate. It turns out I am. Yeah! I pick it up Thursday and get to try it out on our kayaking/camping trip next week at Isle Royale.

The new sleep device–that is a combination retainer/dental guard type thing–has turned out to be totally worthwhile the past 7 years. I am free to move around while I sleep and it has controlled my snoring 90% of the time. It has also required very little follow-up for maintenance, which meant over the years, other medical issues and appointments gradually overshadowed any kind of maintenance type appointments related to the device and before I knew it, I hadn’t been back to either a sleep specialist or the Midwest Dental Sleep Center in 4 or 5 years. A few weeks ago I returned to University of Chicago’s Sleep Center (after a 3 month wait!) for a referral and was very disappointed that U of C has consolidated their sleep program to their south side campus where all of their sleep related appointments are held in an old wing of one of the hospital buildings. I had my appointment with my new doctor and her fellow in what felt like an old abandoned hospital room with a bed in it. Forget about the high rise hotel room for actual sleep studies and an actual doctor’s office to meet with your doctor that I experienced 7 years ago! Anyway, they did give me a referral back to the Midwest Dental Sleep Center, which is where I went on St. Patrick’s Day–2 weeks after meeting with the new sleep doctor and that appointment was totally what I expected. I’m getting a new device (even though the dental specialist deemed my 7-year old device in great shape–which was so awesome to hear for a change and will mean I have a backup in case one of our dogs ever finds it) in 6 to 8 weeks and will do a new sleep study to make sure everything is ok. Luckily, this sleep study is able to be done at home. Keeping my fingers crossed that my sleep apnea hasn’t worsened so that 1) I don’t have to return to the new sleep clinic at U of C for an overnight sleep study and 2) I have to move to a new system for dealing with this issue, since I’m not a big fan of any of them.

4 thoughts on “Sleeping with Masks–Part II”