I liked Tim Duncan when he played basketball, but I found I really connected with him and his love of the Caribbean with his post in The Players’ Tribune “Don’t Forget About the Islands”about living through Hurricane Hugo when he was growing up on St. Croix. He personalized his home for his readers–St. Croix wasn’t just some random place on the map that got hit by a nasty hurricane in need of help. While I didn’t grow up in the Caribbean, I was a Peace Corps Volunteer in the Eastern Caribbean on the island of Antigua from 1992-94 and have stayed connected to the island, as well as the region. While also not a millionaire basketball player ;-), I do want to encourage people not to forget this region of the world and to help out following Hurricane’s Irma and Maria. If I can write a couple of posts that help with this goal, it is a win. This one is for Barbuda.

Pink sand beaches. Princess Diana liked to visit when she was alive. Frigate birds. Tiniest airport I have ever flown into. Flat. These are my strongest memories of Antigua’s sister island, Barbuda.

As Hurricane Irma was strengthening on September 5th and threatening to make landfall–seeming to be directly aimed for Antigua–I was very worried about family and friends who live there. I spent a lot of time on the evening of September 5th watching Facebook and the Weather Channel for posts and updates, very terrified that this beautiful place where I was a Peace Corps Volunteer, was going to be devastated. I had reason to be concerned: when Hurricane Hugo hit Antigua in 1995, it did a lot of damage, including to my former school, Bethesda Post-Primary School, where my classroom was destroyed.

I was shocked to wake up on September 6th to find that Irma had missed Antigua, but had instead made first landfall on Barbuda–as a Category 5 Hurricane. What?????

I visited Barbuda once, in October 1992, only a couple of months in to my Peace Corps service.  I don’t remember who planned the trip, but 7 of us Antiguan PCVs decided to go visit Barbuda–a less than 20 minute flight–for the weekend. At that point, Peace Corps had one volunteer on Barbuda, Jennifer V.; England had one VSO member, Lynn; and there was an American doctor spending a month taking care of the people of Barbuda in exchange for staying in this very cool home. The seven of us got a ride to the Antiguan airport from a US Navy friend in the back of his truck–in the pouring rain–where we boarded a small plane and headed over. One of the quickest flights I have ever taken and we flew into that smallest airport I’ve ever flown into.

Barbuda’s population at the time was so small that they did not have a full time doctor on island. Instead they had a clinic that was staffed by a visiting doctor from the States, who took a month away from his/her practice to care for the people of Barbuda. I don’t remember if I knew the specifics of the arrangement (how much they made, etc.), but I do know their accommodations were this really cool island home and the use of a vehicle. Jennifer V. was friends with the Doctor and Lynn, the VSO volunteer, and the three of them basically hosted our stay. The doctor drove us around, we had a big family style dinner at his place and 4 of us even stayed at his home. 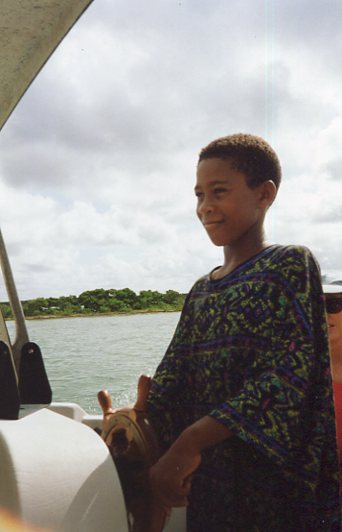 Only one life was lost on Barbuda when Hurricane Irma made landfall on September 5th, but the devastation was incredible. All of the 1500 + residents were effected and 90-95% of homes were impacted. Shipping containers were thrown around like toy trucks by the winds. The destruction was insane. Within days, Hurricane Jose was threatening Barbuda, and the decision was made to evacuate the population of Barbuda to Antigua.

Some things to keep in mind:

Unfortunately, a comfortable, low key way of life has been torn apart because of Hurricane Irma. Many of the plans to revitalize Barbuda are disturbing, such as allowing Chinese investors to come in and build a ‘multi-use apartment complex and investors wanting to make land grabs.

I’m also disturbed, because as of an article in the October 3, 2017 edition of the Antigua Observer, the majority of the Barbuda’s frigate birds are AWOL after Hurricane Irma went and trashed their breeding grounds. Hopefully they have found shelter elsewhere, but so far there is no word.

However, there are stories appearing of people stepping up to help, such as a Ph.D. nursing student who is coordinating a medical supply drive.

While we were only able to spend a couple of days on Barbuda, the experience made a strong impression. A lovely place, that I hope is able to regain its magic. 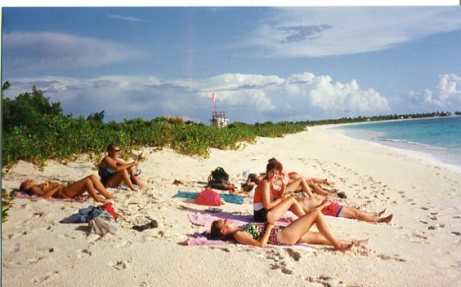 Here are a couple of links to organizations helping Barbuda and Barbudans:

•How You Can Help Barbuda

One thought on “On Battered, But Resilient, Barbuda”