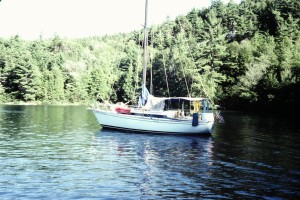 Some of my earliest memories include sailing on my Aunt Lois and Uncle Ron’s boat on Lake Saint Clair, which lies between Michigan and Canada. It was always an adventure to be out on the water and with AL & UR always giving Barb and I responsibilities and opportunities to learn, my memories are active ones (steering the boat), rather than passive (simply being a passenger). My love of being out on the water on sailboats continued as I got older, where I crewed on sailboats my last summer of college on Lake Charlevoix for an all-women’s crew; crewed for AL and UR with my sister when I recruited for Peace Corps out of the Detroit office; and crewed a number of summers in Chicago, as well as during my time in Los Angeles. I even crewed on a boat in the 1998 Chicago to Mackinac sailboat race—which is kind of a big deal in the Midwest. I loved being out on the water; appreciated learning to sail during different conditions and strengthening my skills; and enjoyed being a part of a community that loved sailing and being on the water as much or more so than myself. Even though sailboat racing itself started to feel too restrictive for me and too much like ‘work’, I still love sailing itself (hint, hint! I’m experienced! :-)).

Regardless of how infrequently I currently sail, I consider myself a sailor. I know the language, I have skills I have developed, and I understand the community. One of the things I have learned is that we cannot sail forever or indefinitely. Sailboats—and the people who sail them—need breaks. You might need to head into a harbor during a storm or tie off at a dock to take on provisions or throw in an anchor so you can spend the night somewhere. You might also tie up at a mooring for stability and security so that you can get some rejuvenating rest. In all actuality, my experience sailing is one of my moorings, one of the things that offers me a feeling of security in a sometimes unsettled world. It is a part of my identify.

My life has been what the Beaufort Wind Scale would probably consider an almost violent storm this past year and at a time where your life requires shelter, safety and moorings to stabilize the situation, many of my moorings have been missing or have been lost forever. Losing my grandmother last year and in turn, the Cottage, have been losses I have yet to completely process or make peace with. My grandmother played a rather large role in my life and losing her has been very hard. I miss her presence in my world, her giggle and her insight, but I have found that I can channel her and treasure my memories of her. With this past year of mourning, I have come to recognize that she is still a mooring in my life. I recognize what she taught me and what she meant to me still adds to my identity.

I’m actually having a harder time with the loss of the The Cottage.  The Cottage was unique to each of us in my family and its loss has been difficult for all of us in our own ways. For me, the Cottage was not just a mooring, but more like an actual harbor, which contained many of my moorings. It was the security blanket in my back pocket when I went off to live in Antigua, Los Angeles and New Orleans. It was a big part of what I considered my ‘Home Triangle’ when I lived in NOLA and it played a considerable role in my identity, my mosaic of ‘me’. It was a place where I knew I could go and regroup, find peace in its beauty, and be still. It represented a year-round playground, as well, where I could be a water baby during the summer and where I could kick off a great ski season in the winter. It also represented Family–and good times. My grandmother’s passing was inevitable. At 96, she had lived a long, full life and there is not much more that could have been done to prolong it. The loss of the Cottage, on the other hand, wasn’t a done deal and I am still angry that in the end, I couldn’t do anything to stop us from losing it.

I have struggled with finding a sense of security and stability–my moorings–this past year and while the losses of Grams and the Cottage have been hard, there have been other things going on that have compounded the situation.  Having Terry going through a mid-life career change, after being successful as a creative for the majority of our relationship, has been tough, with its unknowns and frustrations and instabilities. At the same time, I’ve been settling into my newest job which has required extensive time, energy, and tenacity in establishing a new program, as well as extreme skill in developing new relationships. The past few months, I have had to put in the kind of hours that a new teacher has to put in and I think I needed to empty out all of my tools in my ‘skill set toolbox’ in order to finish all of my ‘to-dos’. Not easy. It also didn’t help that all of the moving last year felt like tsunami waves slamming through my little world, overturning everything in their paths. It has also been extremely disconcerting that while so much has been going on in my personal life, so much of my world view has also been pulled in for questioning and contemplation.

The past few weeks have been especially intense. Father Nicholas, my uncle-in-law, the hegemon of the Holy Transfiguration Skete, a monastery that he founded in the Upper Peninsula, has been seriously ill for the past two years, suffering from some very perplexing medical issues. He was diagnosed at the Mayo Clinic in Rochester, Minnesota with t-cell cancer in December with the belief that what was going on was curable with chemotherapy. Unfortunately, that was not the reality. A few weeks ago, Father Nicholas returned to the Mayo Clinic for check-ups and treatment, but his health had actually been deteriorating and he was diagnosed with a very rare disease called HLH, Hemophagocytic Lymphohistiocytosis. Terry and I were able to travel to Mayo to see him last weekend and I will forever be grateful for that opportunity to say goodbye while sharing comfort with Terry and Father Nicholas’ extended family of monks, monks who have become like brothers to me. Father Nicholas passed on Friday, May 26, 2017 and his death represents another loss of a mooring in my world. 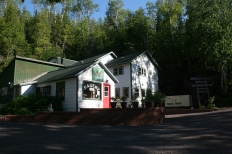 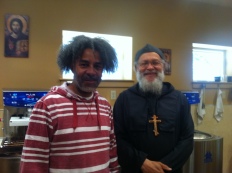 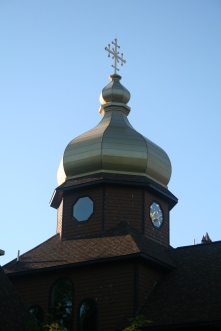 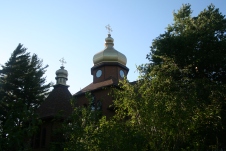 I started this post last week on the return trip to Chicago from the Mayo Clinic. In the week or so since, I find that it has been very therapeutic to write this blog piece since like my journaling, the act of creating a blog piece has become one of my moorings. In the process of writing about my loss of moorings, it has also forced me to reflect on the moorings that still remain or have been added to my world this past year. While I’ve written about my life being out of whack, that I’ve wanted to put the skids on how quickly everything was moving, and that my life has felt lost in transition, I’ve held on and been persevering in spite of some big drama. The past few months may have been some of the most intense I have ever experienced professionally, as an International Baccalaureate Coordinator at what I like to call an IB Start-Up School, but this intensity is wrapping up as the school year winds down and I feel a huge sense of accomplishment with what we have been able to do. My school’s program actually has a chance of being successful!

I even kicked off my 50th year (the one leading up to my actual 50th b-day) heading back to Antigua with Terry and how cool was that? Granted I haven’t had any time to really savor the experience since we got back, but we actually made it happen and it was wonderful. And what amazing harbors and moorings… 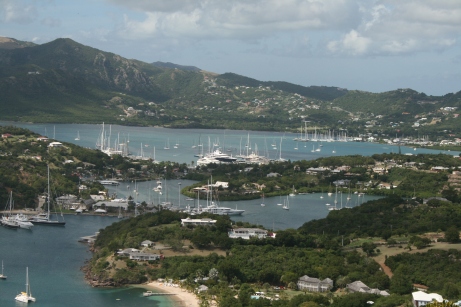 I’m also still rowing with ROW and we have been back on the water for more than a month now and while this spring hasn’t been totally ideal for rowing outside, I’ve had those moments of sheer giddiness to be out on the water, rowing as a team. And the new boathouse is awesome!!!!

And what about the fact that Terry and I were able to spend Mothers’ Day weekend with my Family in Michigan?

Or that I got to hold my absolutely adorable niece, Emmy, for over an hour last week?

Or that I’ve been able to spend time at the Monastery this past week with people who have also loved Father Nicholas, while attending meals and services and taking long walks along Lake Superior? 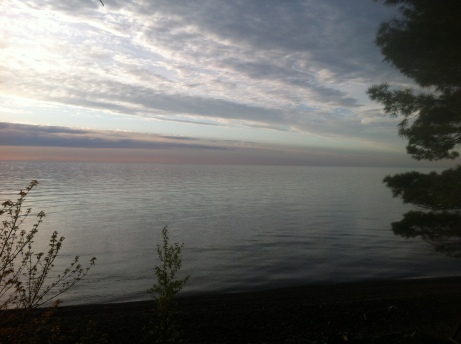 As I wrap up this post about lost moorings, I realize that I am finding mine again.

Rest in Peace Father Nicholas. I will miss you deeply. 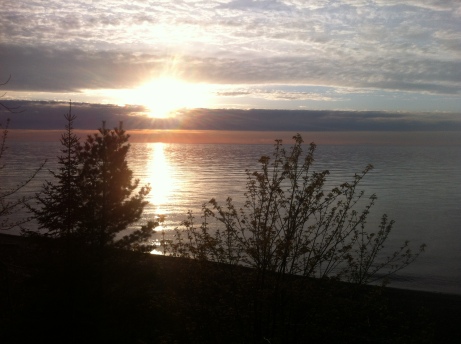 5 thoughts on “On Losing My Moorings…”