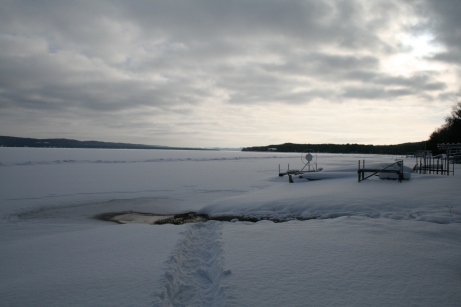 After spending nearly 2 weeks traveling in a wintry Michigan, ice is on my mind.

I’m entering 2014 with some trepidation and I’m likening this concern to potentially encountering ice patches that are going to send me off in uncontrollable spins, that could wreck havoc to my life.

Ice can be a scary thing. 5 winters ago, I blew out my ACL while skiing when I caught a patch of ice. I’d been skiing for almost 30 years at that point without incident, but a new pair of skis and a patch of ice at the top of the hill led to that infamous ‘pop’ of an ACL tear and a ride down the hill on a ski patrol snowmobile (and physical therapy and surgery). 16 or 17 winters ago, my car spun out while driving back to Chicago from Detroit near Michigan City, Indiana and while I wasn’t hurt and my car wasn’t totaled, a vehicle hitting the same patch of ice I did landed upside down on the hood of my car. And I’ve been lucky. A distant family member actually went through a patch of thin ice near Elk Rapids, Michigan skating to the store a century ago and drowned, leaving a widow with 2 toddlers and a newborn. Ice is not to be taken lightly, neither is the drama that life can throw at you.

At the most basic level, this is all about control. Catching a patch of ice when you are driving or skiing leaves you feeling out of control. Am I ready for the ice patches of 2014?

I grew up liking ice. My dad built an ice rink for us a number of winters in our back yard and we learned how to skate and play hockey. I took skating lessons at our community cultural center. I even had a Dorothy Hamil haircut at one point. 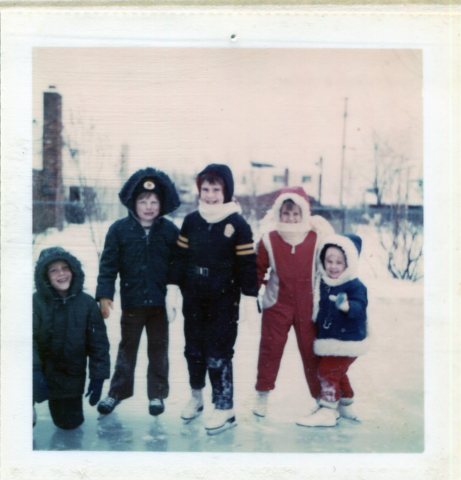 Dealing with ice is all about knowing ice, preparing yourself by sharpening edges on skates and skis as well as practicing basic skills. It’s about turning into the spin when you catch ice while driving instead of fighting it. It’s also about avoiding ice when you can. Kinda like hardships and challenges in life.

I want to wish us a year where our skis and skates are sharp and that the ice we choose to use is strong. A year where we are able to skate through life’s challenges and are prepared to handle the unexpected.

And if nothing more, let’s chip that ice and use it for margaritas!